If you are looking for an adventurous high difficulty level trek then there is no other location then Chadar trek also known as Zanskar trek in Himalayan ranges , it is the track over thick layer of frozen river Zanskar .Chilling Sundra serves as basecamp and it ends in Lingshed where the ground of thousand years old  Buddhist monastery is located .January and February are the best time to explore the difficulty level of one of the top 10 tracks of India

Peeping into one of the best treks in Uttarakhand covering Chopta ,Deoria tal chandrashila peak would make you spellbound with its absolute beauty .It is trek with the easy terrains and comfortable trails covered with the spectacular grasslands of snow. It is an comfortable Trek involving a walk up to Deriol tal lake which reflects glimpse of Chankhamba peak in the region of Garhwal Himalayas then it continues to the Chandrashila Peak and Tunganath Temple the the oldest and highest temple of Shiva.

Considering to be one of the important Trek in Himachal Pradesh, Prashar Lake is the best holding the views fit for kings and campsite views with slippery paths , unpredictable steps and eye catching formation of ice on the surface of the lake.

While climbing this easiest trek in Himachal you will get to see the igneous culture closely and by the end of trek the pacifying views of Dhauladhar , Pir Panjal and Kinnar Mountain Ranges will be the topping to your pizza .

If you searching for some charming easiest trail don’t forget to pin  Prashar Lake as one of them in your top 10 treaking list.

If you are out to explore something in Dehradun and finding the best things to do there then campaigning in Nag Tibba  would be mesmerizing. It is relatively unknown trail near Mussoorie through the way of many toytowns.

It can be considered to be one o the best trek’s on the weekend somewhere around Delhi. It covered rangers of Garhwal Himalayas and shows the spectacular beauty of  rich flora and fauna . On the way down a complete landscape of Oak , Rhododandron , Cider and Alpine trees would be scenic.

The peaks of Gantori group , Kedarnath along with Dun Valley an Chandrabar snow peak would  give you variety of landscapes.

Tracking is the most engaging activities to do in Ladakh and planning a trip ahead from Leh to Markhan Valley is even more exciting . It is also known by the name ‘ Tea House Track’  here trackers can cover a distance without porters and guides.

It is one of the satisfying journey you can start from ‘Little Tibet’, sighting of Buddhist tradition and unfading towns would be a gratify start to your bewilding journey. This trip covers various landscapes , barren lands and verdant paths along with bewitching leafy path .As being one of the most amazing hikes in Ladakh it covers Zanskar Ranges , Hemis Northern Plains and famous peaks like Kang Yatse and Stok Kangri.

If you are planning for this difficult alluring region trek in Ladakh then  July till October would be great months for you to explore .

If you are looking for  tracks that passes through snow .various river bodies and green dense pastures also covering Hindu temples and best bird sighting in Himalayas then there is no other impressive Trek then Indrahar Pass.

This trek starts from McLeod Ganj (Dharamshala)in Kangra valley and ends at Chamba. While passing through Dhauladhar and Pir Panjal .Preaching to the heights of 4342 metres this trek gets upgraded with difficulties and challenges at every step . It also flourishes you with excitement to walk on an ancient trail of Gaddi shepherds who covered this path in summer days for gazing in Ravi and Lahaul Valle .

As per reaching Himalayas this trek turns into steep climbing although the wildlife of the adventurous trip of the Himalayas would give you witness of wild goats ,leopards and Monal Birds. To experience this ultimate adventure May – June and September – October are the best months.

Ladakh is meant for its experience treekers. If you are planning for some real fun in high altitude of Ladakh where the temperature would hit around – 20 or minus 10° then don’t forget to plan for Stok Kangri Trek . This track has multiple stunning views which would also attract the people who don’t cater the experience of high altitude treks. It is considered to be one of the most fascinating places in India and Ladakh district. This journey starts with a walk to Stok Village and then the whole trip passes through the Barron grey landscape of Ladakh .After reaching at the high altitude only thick layer of Snow can be seen everywhere . At the end by reaching the Summit Zanskar and Indus valley can be seen clearly .Exploring this India’s highest treeking peak is still dream for many.

Himachal is famous for its terrific crossover treks and hampta pass is one of them ,It is a moderate Trek which begins from Jobra and goes through places like Chika ,Baluka , Shea Goru crossing ,Chatur , Chandrika and then reaches Hampta. It is one of the best trek to do in Himachal and covers around 3960 meters. The path goes through the forest of Pine and Maple tree. Thick vegetation ,meadow steams with various rocks and waterfall you will get to cross through all this. The nature would show you its complete dramatic side.

While covering The Humpta trek Shea Goru won’t leave it’s turn to make your journey adventurous by its steep slope . Do not miss listing this beautiful high altitude trek in Himachal.

Picturing away an amphitheater of snow capped Himalayan mountains, with ancient Himalayan villages, Har ki Doon is door Way To Heaven. It is one of the most beautiful and captivating valley nested in the mid of the cradle shaped vale just before the peak. The alleyway goes through Alpine Woods , Moraine Ridges, Glacier Basins ,Pine forest and Ancient asian villages .This is a valley track where you can track along the Thama river to the Har ki Dun Valley .The birds and animals like black bear ,Wild Boar and the other animals can be spotted through the trek. The golden eagle and massive Himalayan giraffe are also there. It is a colorful track based in the state bird of Uttarakhand .

It is also known as the ‘Valley of Gods ‘as tracking through it is the best experience one can have and mesmerizing view with the glaciers would be captivating. According to legends Har ki Doon Valley is share in history where the ages of Mahabharata holds the important place in Hindu mythology.

You better keep it in your list of your best trekking destinations in India.

If you’re looking for an exploration in Garhwal Himalayas witness the atop of Quari which literally means the’ Gateway’ ,the richest manners and culture of the region would be the one of your kind.

It is a religious pilgrimage where the path gives you brief stopover at Devaprayag and mesmerizing view of Nanda Devi Summit. The dense mountain forest and local life are the best enjoy during winter months, this place is almost the the most visited tourist place in Uttarakhand

The nature has crafted this track perfectly for beginners. The Asian forest trails outstanding campsites and mountain viewsin the night sky are the best and spectacular things the nature can reveal you on this trek .

Whether it is your first time to the Himalayas or not the aspect of query pass Trek with beautiful sites and challenges will make your trip worthwhile. 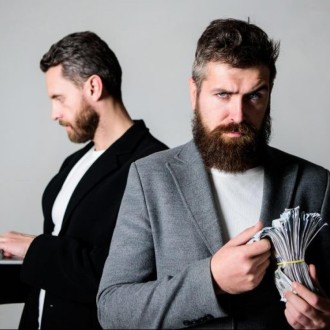